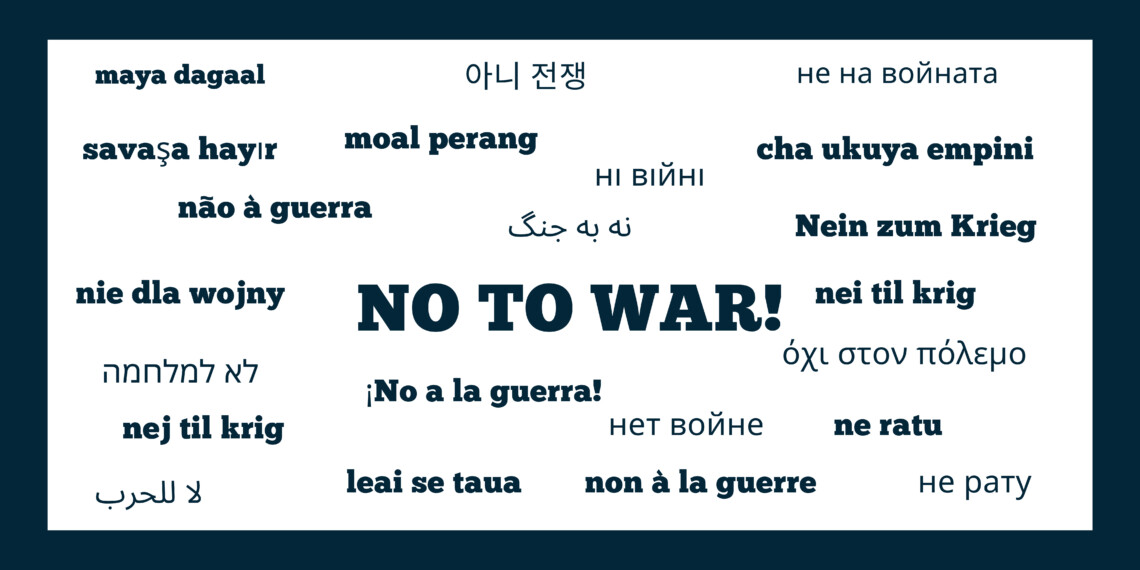 The editorial collective of Cultural Praxis stands with the victims of the war in Ukraine. We say no to war in Ukraine, and no to the “forgotten” wars and forms of violence in Ethiopia, Libya, Palestine, Somalia, Syria, and Yemen. People have the same worth no matter their skin color, gender or sexual orientation. It is imperative to disband the military everywhere, to direct military spending to education, climate change, and cancer research. We believe each one of us must support the global peace movement and pay attention to hostile discourses leading to war and violence before it is too late. We should not take our eyes away from the struggles for social and racial justice that are ongoing all over the world. We take to heart Cherríe Moraga’s words said soon after 9/11: “Terrorism will never be defeated by big guns, only by big minds and hearts.” We say stop all wars, demilitarize every country, join peace movements where you are, and stand up to all forms of injustice, racism, and inequality.

An invitation to reflect on our role as scholars

We believe that each of us is responsible for making peace and justice possible. As editors and as members of a wider international community of researchers and educators, we wonder, what is our role and responsibility, as academics and educators, in the current situation? Each one of us can do many things as individuals, but what can we do as a community of scholars, and how can our scholarly work/practices contribute to making peace and justice possible, now and in the future? In the context of the ongoing war and humanitarian crisis, we know, for example, that several academic institutions are demanding freezing relationships with  Russian colleagues until hostilities against Ukraine stop. This generates dilemmas and contradictions, as we want to support our colleagues no matter the nation, yet we realize that scientific collaboration itself is a political statement. Many other dilemmas, challenges and possibilities emerge when considering the diverse ways in which intersections between science and politics become more salient in times of humanitarian crisis. We do have many questions, and the wish to offer a platform for collegial discussion on these issues. We therefore invite CP readers and community members to engage in discussion and help us address these questions.

So far as I know, universities are asking/demanding that we not pursue institutional connections with Russian institutions such as the Moscow University where many cultural historical scholars are faculty members.

I hope that CP will support efforts to involve individuals from such institutions in non-institutionally sponsored discussions such those on CP/MCA. My main concern in such cases is that involvement with non-Russians will get Russian colleagues arrested and imprisoned. But many are already taking that risk in public ways, so I am hoping that we can continue informal events such as coffee hours and discussion on CP. Is AERA also forbidding contact? That would presumably mean restrictions on who can participate virtually at the CH workshop, for example.

Speaking personally:
In 1962 I was sent to Moscow on an official exchange and spent a hunk of the fall listening to BBC on a short wave radio with Cuban students as Russia sought to put rockets on the
borders of the United States– everyday Russians were totally unconcerned. They knew nothing of the danger. It is very disheartening to be experiencing deja vu all over again.

Hi Mike, yours is such a valuable experience! Like you, many who have been living through the Cold War may be really seeing it coming all through, as you say, “all over again”. But there are very important differences, aren’t they, that may make us hopeful (or at least that need to be considered in an analysis of the situation). And one HUGE difference is that the means for communication and cooperation for all, for governments and state agents as for citizens with the means to connect to a server, are vastly expanded. There are so many dimensions to this issue… one being how war conflicts (as well as storms and other climate disasters) are streamed live, from the ground, and with opportunity for the persons being involved expressing and sharing their experience of war. Can this make a difference that makes a difference?? And how?

0
No Result
View All Result